How Airbnb's Data hid the Facts in New York City

A Report by Murray Cox and Tom Slee

On December 1 2015, Airbnb made data available about its business in New York City, with much fanfare. This report shows that the Airbnb data release misled the media and the public.

A major part of Airbnb's recent data release was a snapshot of New York City listings as of November 17, 2015. This report shows that the snapshot was photoshopped: in the days leading up to November 17, Airbnb ensured a flattering picture by carrying out a one-time targeted purge of more than 1,000 listings. The company then presented November 17 as a typical day in the company’s operations and mis-represented the one-time purge as a historical trend. 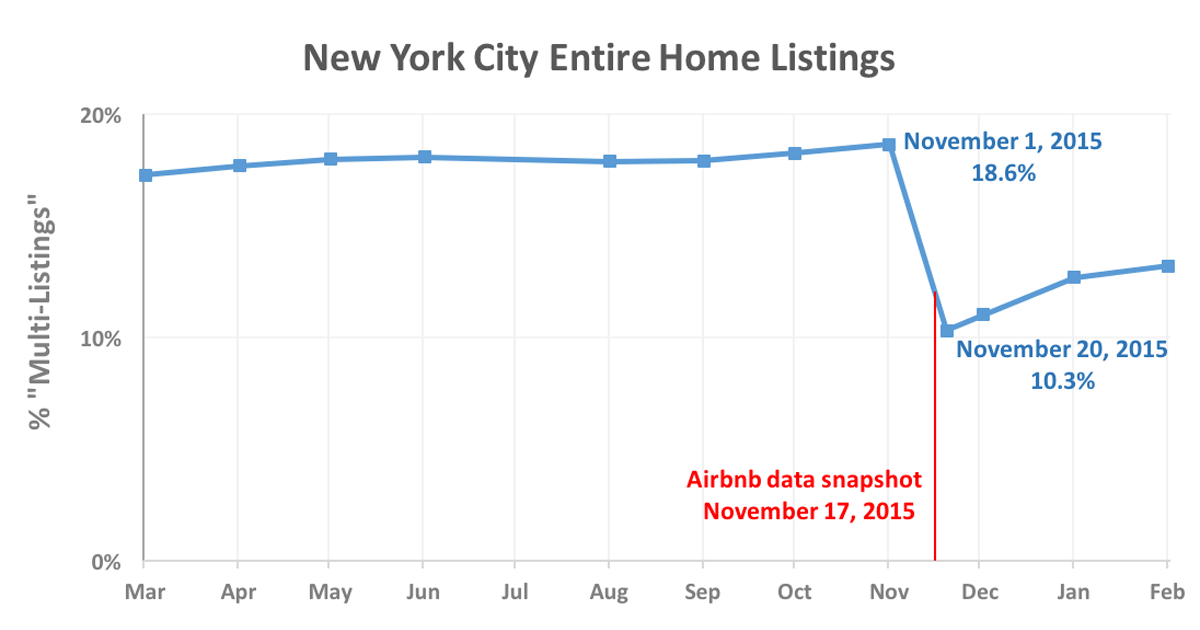 Download the full report by Murray Cox, of Inside Airbnb; and Tom Slee, Author of What’s Yours is Mine

Adding data to the debate

Inside Airbnb is a mission driven project that provides data and advocacy about Airbnb's impact on residential communities.

We work towards a vision where data and information empower communities to understand, decide and control the role of renting residential homes to tourists.